Just 1.5 km from the hotel, one of the most important examples worldwide of the construction abilities of ancient Greek engineers can be found.
The Tunnel of Eupalinos is without doubt one of Greece’s most exciting archaeological destinations. This tunnel measuring some 1,036m inlength and with average dimensions of 1.80 x 1.80 m was carved with hammer and chisel from the hard limestone rock of the hill which dominates the picturesque village of Pythagorio, work having started at the same time on the northern and southern sides of the hill.

The Tunnel of Eupalinos is without doubt one of Greece's most exciting archaeological destinations.

Achieving a very precise routing through the ground, the great engineer of antiquity, Eupalinos, who came from Megara in Attica, began the project in 550 BC on the orders of Polycrates and completed it approximately 10 years later. This miracle of ancient Greek engineering has been recognised as a UNESCO World Heritage Site since 1992. 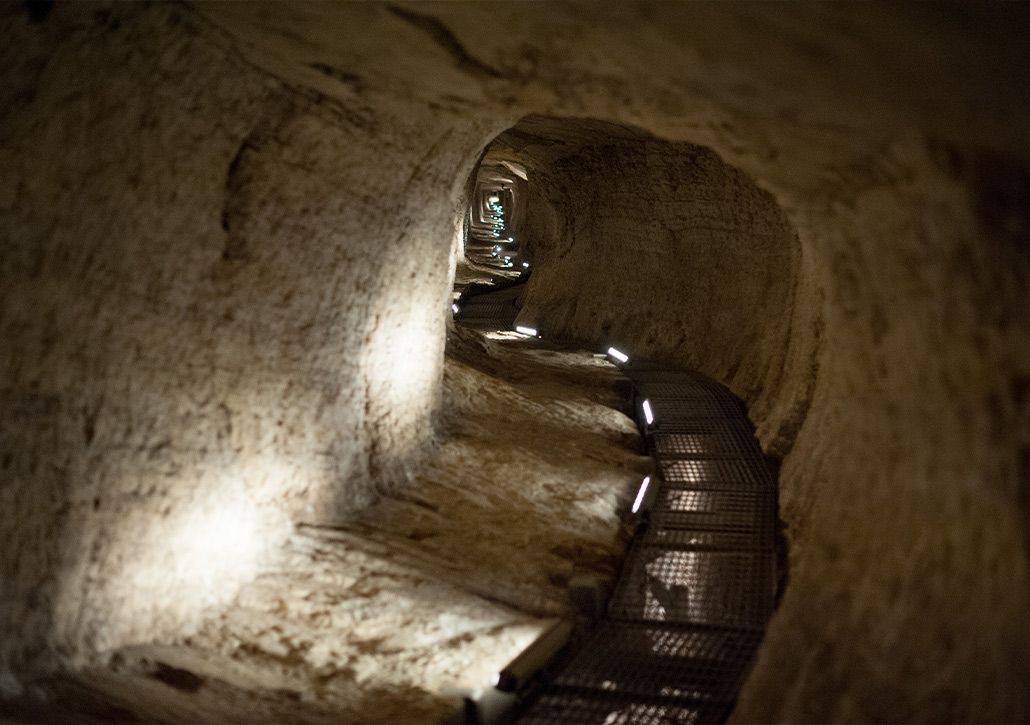 Read more
Blog
EupalinosPythagorioTunnel of EupalinosUNESCO
By admin
0
We use cookies on our website to give you the most relevant experience by remembering your preferences and repeat visits. By clicking “Accept All”, you consent to the use of ALL the cookies. However, you may visit "Cookie Settings" to provide a controlled consent.
Cookie SettingsAccept All
Manage consent

This website uses cookies to improve your experience while you navigate through the website. Out of these, the cookies that are categorized as necessary are stored on your browser as they are essential for the working of basic functionalities of the website. We also use third-party cookies that help us analyze and understand how you use this website. These cookies will be stored in your browser only with your consent. You also have the option to opt-out of these cookies. But opting out of some of these cookies may affect your browsing experience.
Necessary Always Enabled
Necessary cookies are absolutely essential for the website to function properly. These cookies ensure basic functionalities and security features of the website, anonymously.
Functional
Functional cookies help to perform certain functionalities like sharing the content of the website on social media platforms, collect feedbacks, and other third-party features.
Performance
Performance cookies are used to understand and analyze the key performance indexes of the website which helps in delivering a better user experience for the visitors.
Analytics
Analytical cookies are used to understand how visitors interact with the website. These cookies help provide information on metrics the number of visitors, bounce rate, traffic source, etc.
Advertisement
Advertisement cookies are used to provide visitors with relevant ads and marketing campaigns. These cookies track visitors across websites and collect information to provide customized ads.
Others
Other uncategorized cookies are those that are being analyzed and have not been classified into a category as yet.
SAVE & ACCEPT